In response to the need for tertiary-level studies in Central America Capitals and other cities over the past decades, we’ve seen many new colleges and universities open their doors to deal with the continually growing number of applicants. This response came mainly from the region’s private sector and happened without much regulatory oversight. So take a closer look at this post with Central America news on Regional Accreditation of academic institutions.

It was traditionally the responsibility of individual states or state-sponsored colleges and universities to safeguard the quality of education and degrees offered by a country’s institution of post-secondary education.

We could see, however, that the poorly equipped and relatively small governments and academic institutions in Central America had enormous difficulty in reacting to the huge growth in the need for tertiary education, let alone that they could monitor or assess the new institutions’ quality of their educational programs.

Remember that it were mostly private institutions that had responded to the increased student demand for continued education. They were the ones that had to teach students how to write and structure an academic essay or assignment.

The consequence was that the quality of the schools and the educational programs offered at the region’s colleges, universities, and professional schools show an immense variation. Many citizens questioned the standards and demanded for all social classes to have equal access to standardized quality education and instruction. See also: AUPRICA in Nicaragua.

In Central America, the call for quality standardization of academic programs reached its top at the end of the last century among all stakeholders in the higher education world. So over the last two decades, several governments and organizations have taken the needed steps to set up quality assurance measures, and to safeguard the accountability and adherence to specified educational standards of education. This also applies to properly accredited online academic degrees that are rapidly becoming more and more popular, also among Central American students.

Not only national programs improved their higher education standards, but we’ve seen also quite a few cross-border initiatives to promote and guarantee academic standards. It goes without saying that there are many benefits to earning an accredited university degree.

One of these regional initiatives is AUPRICA, the Asociación de Universities Privadas de Centro América

The U.S. Council of Independent Colleges, an organization committed to the enhancement of privately operated institutions of higher education, assisted AUPRICA with developing the Central American University Accreditation System (Sistema Centro Americano de Acreditación Universitaria). AUPRICA is accrediting only member colleges universities of which most are based in Honduras and El Salvador.

The number of private institutions of post-secondary education has been growing exponentially in Central America, and the need for monitoring and assessing quality standards is growing as well. As most Central American states cannot sufficiently accommodate tertiary students, the number of private schools has increased drastically. Check out as well this post on Medical School Scholarships.

However, there’s been a lot of questioning about to what extent these new colleges and universities are accountable for their programs to students by a growing number of government officials and other academic observers. AUPRICA is a leading organization that offers private colleges and universities an opportunity to assess their programs and gain much-needed recognition and accreditation. 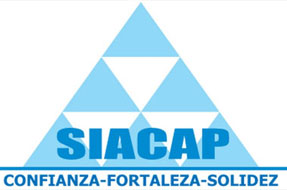